Click to see the time of the course in your city »

Register and pay in 6 installments!

A good coach seeks to understand how a client thinks, makes meaning and creates their unique world of experience.

How is this done? The brain creates how we see the world, it is behind everything we do: our beliefs, values, decisions, dreams and goals. Coaches need to know how the brain works to truly understand their clients (and themselves).

Neuroscience studies how the brain works, and its discoveries are transforming psychology and all professions engaged in helping people to change. To know yourself must now include, ‘know your brain’.

Coaching is reshaping itself with the findings of neuroscience. When coaches talk to clients, they talk to their brain in all its complexity and conflict, which then constructs the meaning and the experience. The methodology and practices of coaching need to accord with how the brain works in practice. The leading edge of coaching is integrating subjective experience with its biological roots to give a better path for clients.

1. (Nov 15) What is Neuroscience?
The brain – CEO or trickster (or both)?
Neuroplasticity – what does it mean in practice?
Emotion and cognition
Emotions and somatic marking
What are conscious and unconscious?
Implications and uses in coaching

3. (Dec 6) Neuroplasticity and memory
How the brain changes itself through experience
Memory as a reconstruction
The various types of memory
Episodic and script memory
Implications and uses in coaching

4. (Dec 13) How to make decisions
How we decide
Habit and choice
Decision fatigue
Delay discounting and the ‘marshmallow effect’
Good and bad dopamine
How habits are built and changed in the brain
The Ulysses contract
Implications and uses in coaching

5. (Jan 10) Relationship and empathy
Fairness
The importance of trust
The neuroscience of empathic and trustful conversations
Influence
The mirror neuron system
Implications and uses in coaching

Program in English with simultaneous interpretation in Spanish, and completely online: 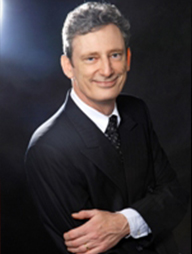 Joseph O’Connor is an internationally recognised author, trainer, executive coach and consultant. He has given trainings in thirty countries.
He is a leading author and trainer in coaching and Neuro Linguistic Programming (NLP) and Systemic thinking.
He is the author of eighteen books and three audiotapes on Coaching, Neuro-Linguistic Programming, training, sales, communication skills, management and systemic thinking.
His books have been translated into twenty nine languages and have sold half a million copies worldwide.
He is co – author with Andrea Lages of two books on coaching Coaching with NLP (Thorsons 2004 – translated into nine languages) How Coaching Works (AC Black 2007) Nominated for ‘Financial Times best business book of the year 2007′.

Registration process for the General Public

b) To pay a discounted USD 405.00: select ‘1 Space’ in the “ICC Coaches (10%discount, please provide ICC ID below)” ticket, and press the “Single payment with 10% discount” button. You will be directed to PayPal.

Bookings are closed for this event.